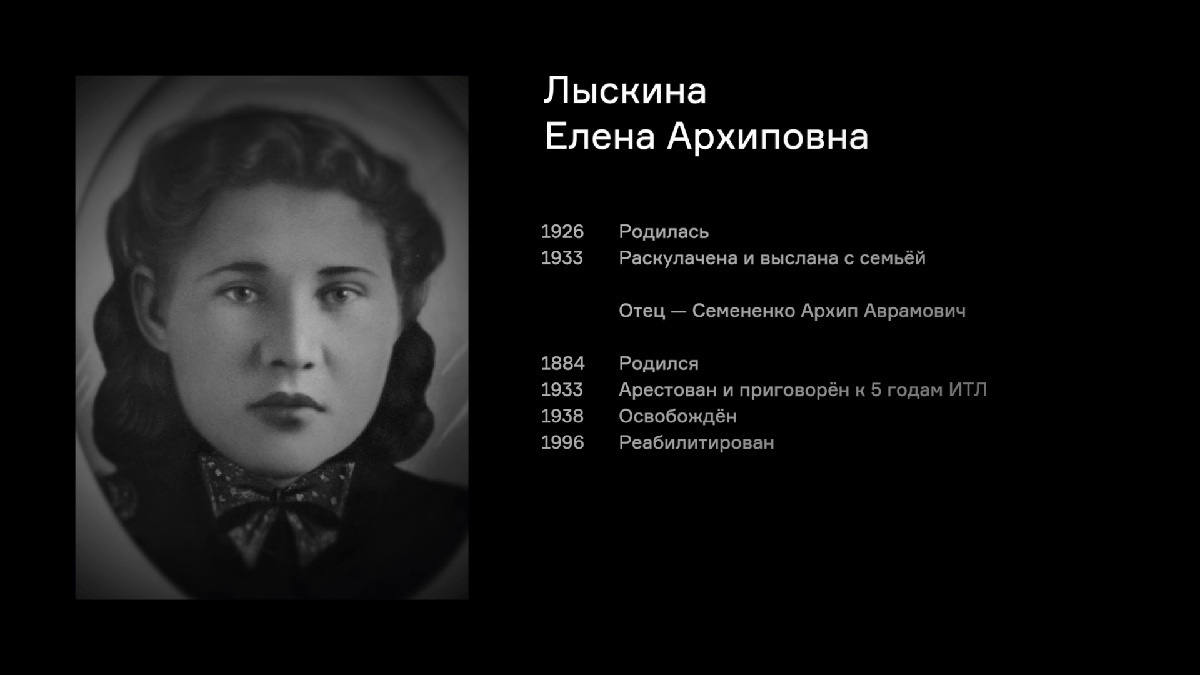 Arkhip Avramovich went through the first Civil war, was twice wounded and awarded the second Nicholas. In Milogradovo, he was a peasant. Together with his wife and daughters, he built a house there.

In January 1933, Arkhip Avramovich was arrested under article 58 and sentenced to five years in prison. Sent to Vladivostok. Released ahead of schedule.

Six months after his arrest, his wife and four children were dispossessed and evicted from their home. Elizaveta Fyodorovna managed to move to the settlement with her husband. The family moved a lot, and everyone worked during the war. Elizabeth Feodorovna treated children. After her release she lived with her husband in the village Terter. Both died there.

Elena Arkhipovna finished seven classes, then courses of tractor drivers, then passed courses of accountants. In 1947, she married Mikhail Ignatyevich Lyskin (1918-2003). Since 1958, Elizaveta Arkhipovna moved with her husband to Krasnoyarsk. After working as an apparatchik at the factory, she got asthma. After that, she worked in the management as an accountant.

The couple had no children. Mikhail Ignatievich died in 2003. Elizaveta Arkhipovna lives in Krasnoyarsk. At the moment, of all her brothers and sisters alive only brother Nikolai (b. 1931). 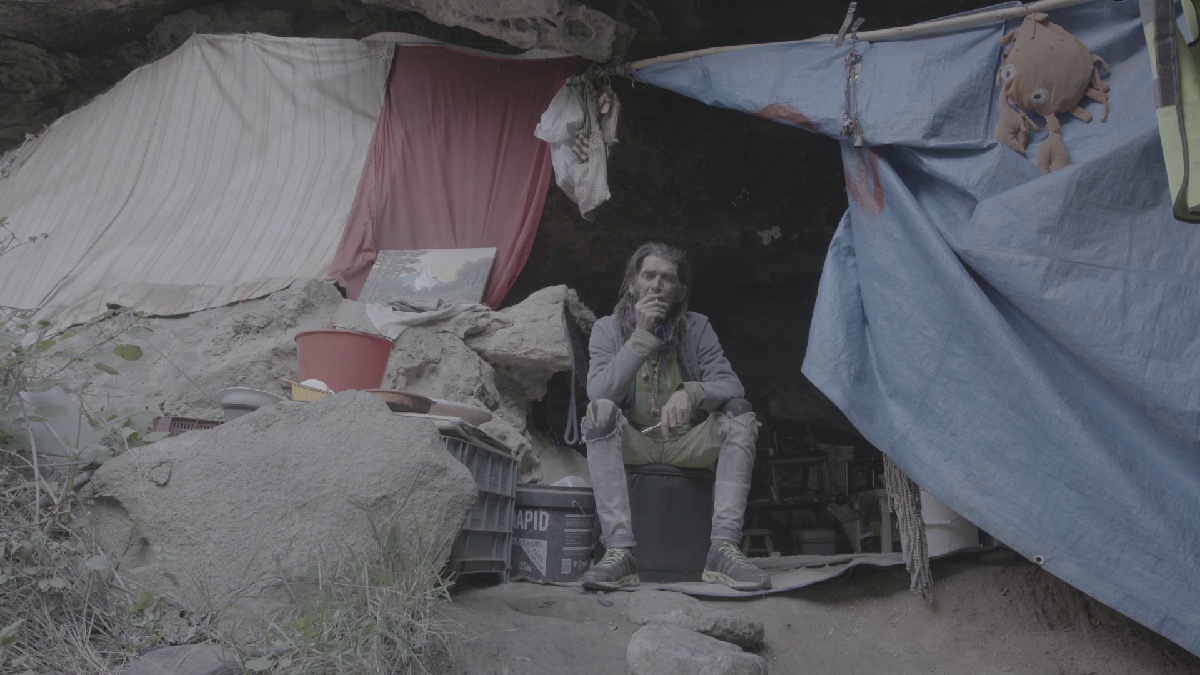 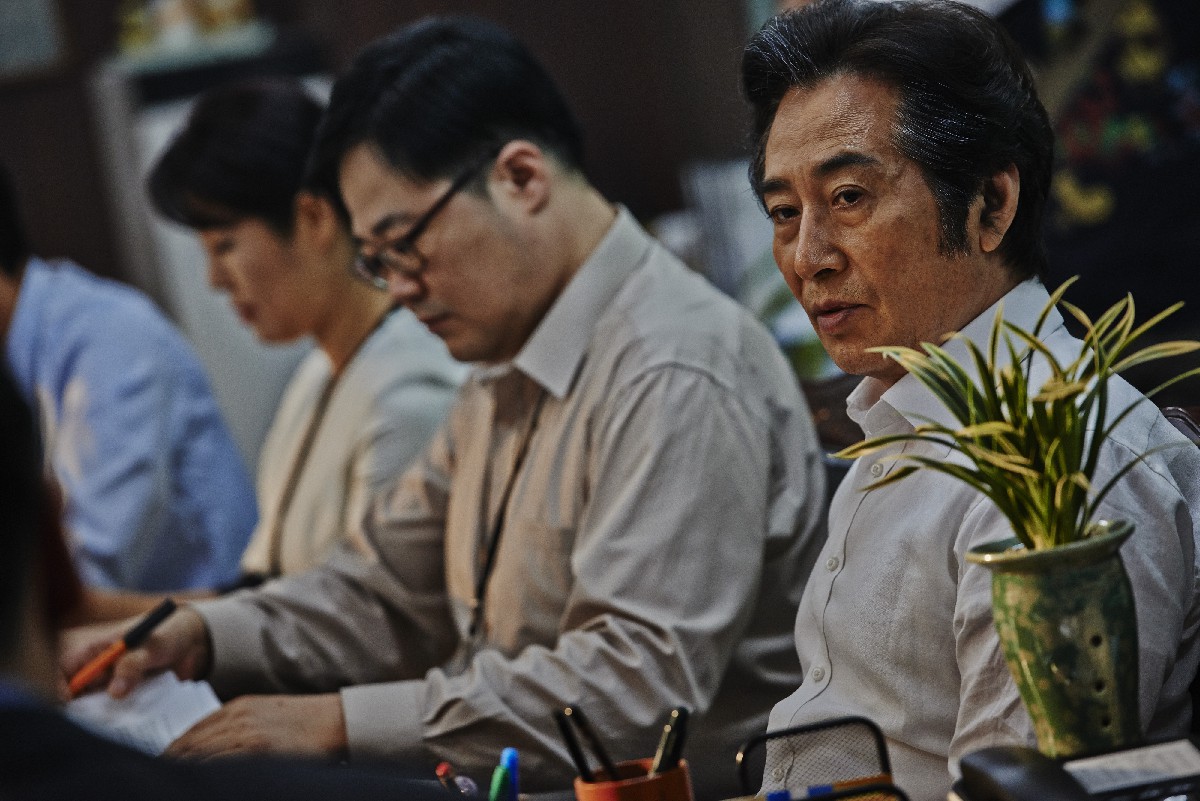 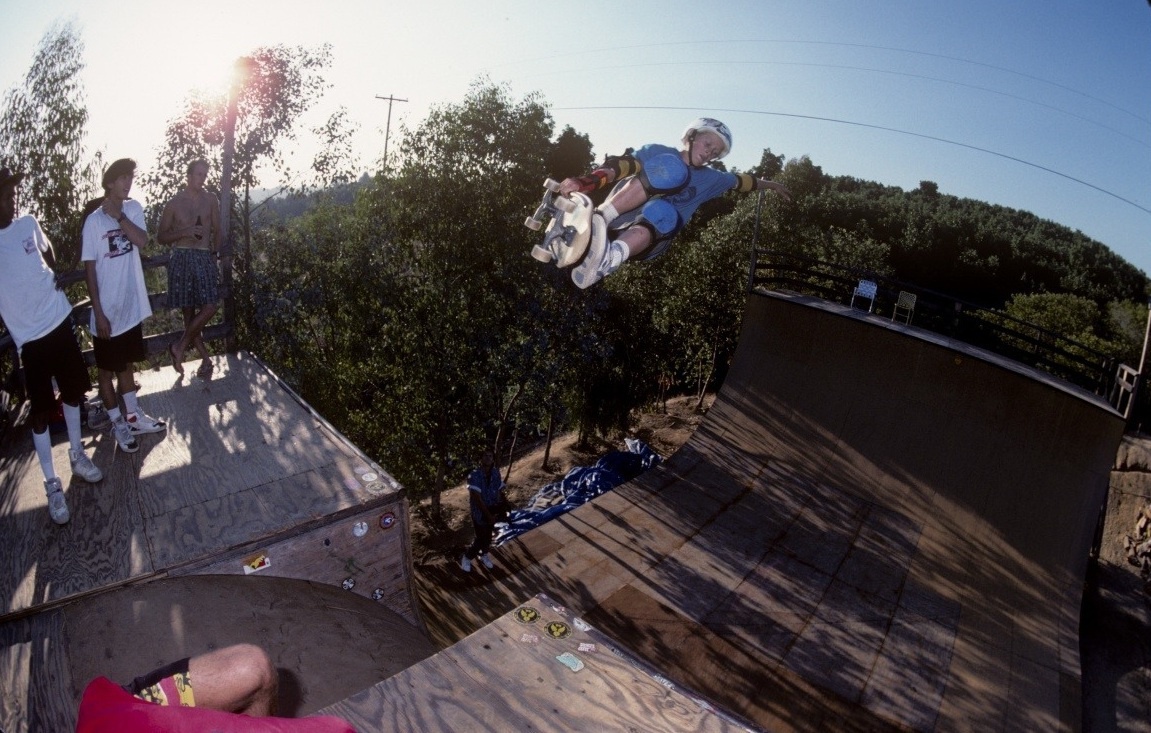