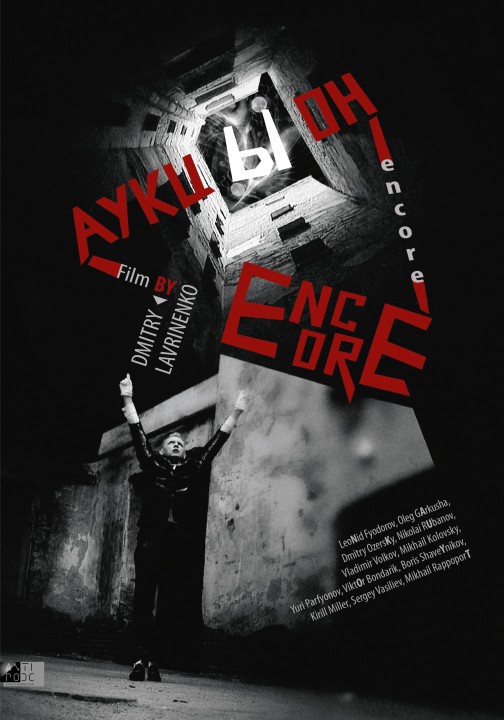 Many-many words have been written and a few ingenuous TV documentaries have been filmed about the great Russian rock band Auktyon, which recently celebrated 30 years of playing music.

Everything is completely different in the case of the film Encore: it took seven years for the director, Dmitry Lavrinenko, to make it; he needed just that amount of time to capture the wayward grace still preserved by Fyodorov, Garkusha, Ozersky and their associates. If you look behind the powerful music façade, you find not a story of a band but chronicles of a voyage aimed at incredible, incomparable music. Encore shows how the songs which are now known by heart were composed; it also shows things generally left aside: pieces of everyday life, tour diaries, conversations, including the key phrase: “You should not look at the liberty too much, you might feel dizzy.